As part of the fight against CORONAVIRUS COVID-19,

we have implemented sanitary measures for the safety of our guests

without depriving them of the comfort they are entitled to expect from our castle.

at the Castle of Maisonseule

Welcome to the Castle of Maisonseule, with its exceptional guest rooms, located in the heart of the Monts d'Ardèche.

For a night, make the most of a magical moment, and live a unique experience: feel the plenitude of a site shrouded in history ; And only 2h15 away from Paris by TGV !

For obvious safety reasons but also in order to fully enjoy the emotions you'll feel in this quiet location, children under 15 years are not allowed.

Located in the heart of the Monts d'Ardèche, in a 85 hectare private wooded park, the Castle  of Maisonseule overlooks the Doux and the Eyrieux rivers' valleys.

⁃ Bathrooms with bath and showers (soon with jacuzzi)

⁃ Locally made bath and beauty products made with goat's milk.

At the Castle of Maisonseule, you are assured of an enchanting show: sunsets, seasonal colours, flora, fragrances, fauna, etc... To make your stay a whole and sublime experience, we welcome you with dinner and breakfast, using regional gourmet flavours. 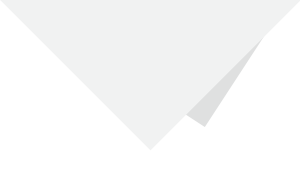 A medieval bedroom in a building full of history, and an authentic cuisine using regional and seasonal products with Ardèche wines.

Our chef at Maisonseule, always looking for taste and defending Ardéchois flavours, only works with fresh seasonal products !

Our guest meals, built around the use of regional produce, make this journey  in time and history whole.

It is available for 58€ per person (drinks not included).

Open all year round :

Everyday from May 1 till September 30

and weekends, school holidays the rest of the year.

- Room allocation is not binding as long as upgrading is possible

(Note that meals booked on booking.com are subject to a commission of 17% that will be charged)

and take immediately advantage of 35% discount

If you are unable to find an available room on our booking page, please call us ! We may have a solution !

An unusual and authentic accomodation !

A choice of paiement facilities: Make someone happy, the gift of a holiday break at Maisonseule!

- Ardechois apéritif on the patio or by the ornemental pond

- Guided tour of the Castle historic parts (8 centuries of history!)

- Free access to the swimming pool (and soon to the SPA and the sports room).

You have the possibility to add options to your "Gift Voucher" such as a bottle of champagne served in your room, a bouquet of flowers or any other wish on your part (options not included).

It is possible to organize your arrival by helicopter!

Activities at and around the Castle

Away from urban noises, radioelectrical waves and pollution, guests can feel free to indulge in the practice of sport.

A fitness programme adapetd to their stay or/and personalised treatments can be put into place.

At the Castle of Maisonseule, you are able to stay with your horse.  You would be able to ride it or it can be trained and cared for by a professional.  All this in ideal surroundings.

Quadricycle of the Eyrieux Valley

Steam train of the Ardèche

Hiking tracks of the Ardèche (GR), and marked out circuits around the castle

To find out more about the region:

It's not unusual to see a roedeer, a badger, a buzzard or an eagle, and, when lights falls, an owl or a genet...

At the Castle, dogs are welcome, on request !

A 20€ supplement per night will be charged: after a stay with your companion, the bedroom is entirely shampooed.

For privatization of the Castle : How to get to the Castle of Maisonseule

Motorway A7 exit Valence or Loriol.  Free carpark at the castle

Valence TGV station.  The castle can offer you a shuttle service (50min journey - Inquire for fare) 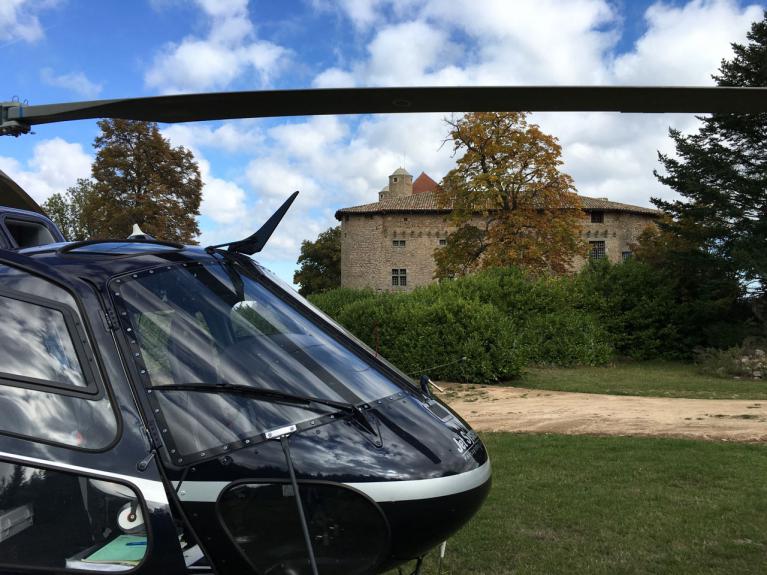 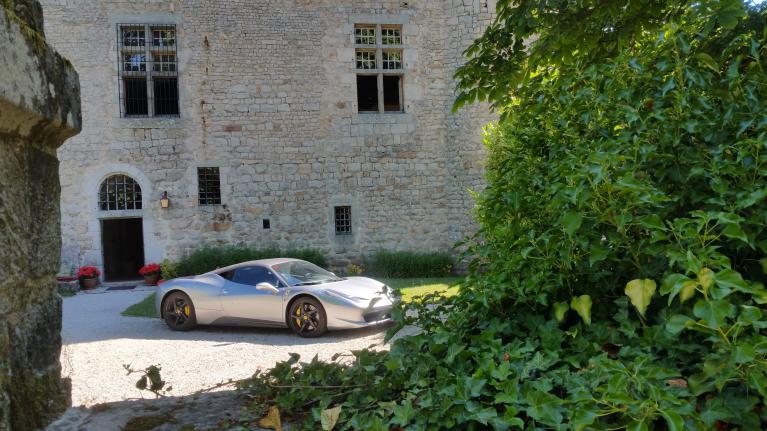 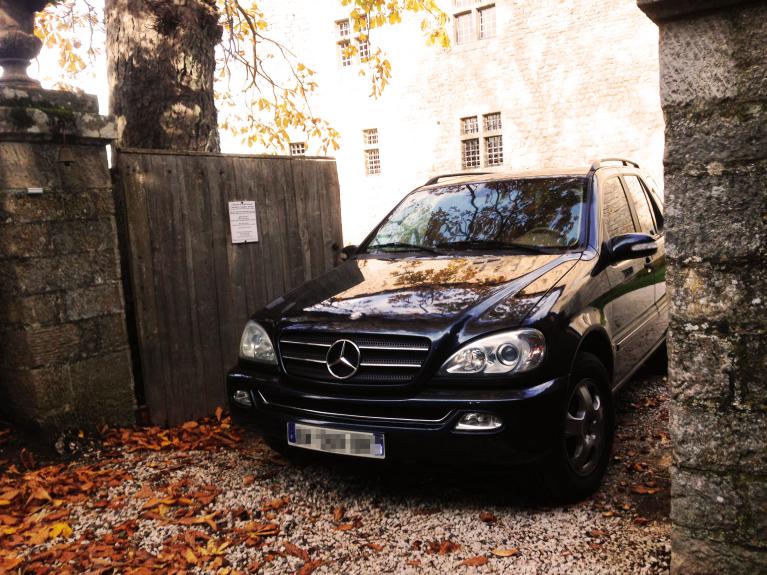 If you're tempted by a "medieval" stay, the best thing to do is to book !

The Castle of Maisonseule, a building full of history located in an 85 hectare natural reserve.

History of the Castle of Maisonseule

In the 13th century, the Sahune family, otherwise known as Asseyne or Asséné, built a dunjeon, the « Saint Louis dunjeon », for keeping watch over the valley between the Rhône and the Velay.

In the 17th century, Gaspard de Maisonseule, Lord of Saint Basile, was made knight of the Order of Malta.  Jean, his brother, marries Judith de Chambaud, Baroness of Privas, and succeeds his father Alexander.  Judith's mother, Paule, was responsible for the « war of the lovers ».

The last of the Gruterie, Antoine Marie Count of Maisonseule, Baron of La Mastre, Lord of Retourtour and Désaignes, knight of the Order of Malta, spent his life in courts and lost the castle.  Claudine de Maisonseule, also called the « benefactress », inherits the castle and dies a spinster in 1739.

After the death of Claudine, the castle becomes the property of Louise de Chevrier, daughter of Jeanne and Gaspard de Grollier.  Her son, Pierre Louis Gilbert de Grollier, will be the last Lord of Maisonseule.  He will die on the guillotine in 1793.

Then, Maisonseule was sold as a Nation's property, later bought back by the Gaillard family in 1859, to then change ownership twice before being sold in 1990 by Mme Chapon to Yves Lecoquière Duboys de la Vigerie, also known under his artist name as « Yves Lecoq ».

Since 1983, the castle walls are protected under the Historical Monuments Supplementary Inventory.

The Castle of Maisonseule is open all year round

Visit of the castle all year round, by request only

Open for Heritage days ; free for under 12's.

To follow the news of the Castle of Maisonseule,